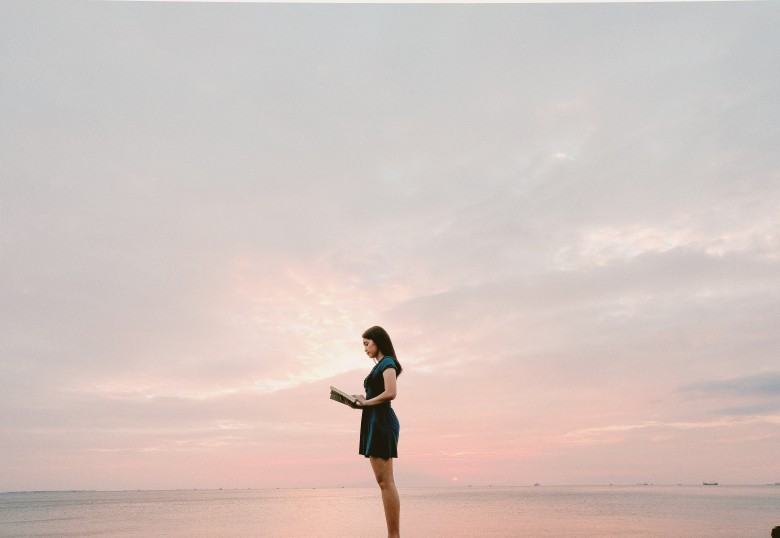 And this summer brings you days off in which you can relax with reading that you didn't have time for during the year. Don't miss to cool the sea ambience and high temperatures with rich pauses of your favorite writers.

Whether it is fiction or professional literature, the choice is yours, and we will present you our top list of the 10 best books for the sea. 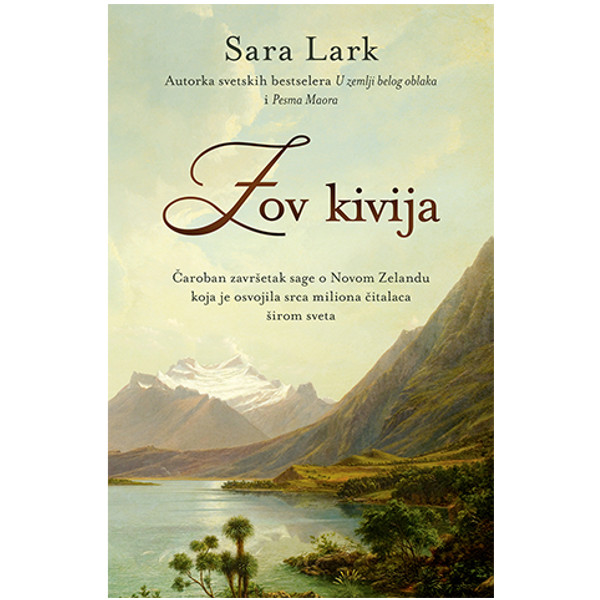 For all adventurers, the author of the world's bestsellers has released a saga about New Zealand that has won the hearts of millions of readers around the world. The Call of the Kiwi is a miraculous story of love, perseverance, shame and redemption, which takes the reader from the lush pastures of the New Zealand island to the bloody shores of Gallipoli, across the northern territories of Australia.

When Gloria Martin is forced to leave everything she loves, and realizes that her parents do not intend to return her to New Zealand from a strict boarding school in England, she takes her destiny into her own hands and embarks on an adventure that will change her life forever.

You can find a fantastic emotional story of determination that can brighten up your hot warm days at Serbianshop at a very affordable price. 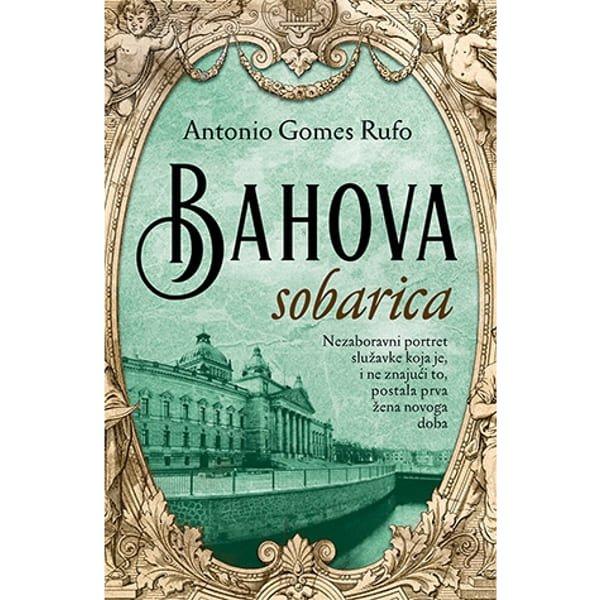 The book, inspired by an unforgettable portrait of a maid, tells the story of the events in the turbulent years that befell Europe in the middle of the eighteenth century.

The Industrial Revolution began in England. In the Encyclopedia, French philosophers set out the foundations of the ideals that led to the French Revolution. And finally, the death of Johann Sebastian Bach.

A curious girl and eager to learn, she becomes a light that will keep the genius company in the last year of his life, but he will soon get to know the reality of a world in which there is no place for her.

With perseverance given only by misery and strong will, she will defy strict rules and thus become the first woman of the new age.

Although the heat can be very hard for your little ones, Serbianshop is another title that will make it easier to animate children and encourage them to imagine, create and learn.

The stories from this edition are intended for children who are just discovering the magical world of books, adapted to the youngest who are learning to read and master letters.

We present a book that has achieved great success around the world, and is one of the most unusual works written in the genre of fiction. In the pages of an old book, Bastian, a boy of about ten, discovers the mysterious world of magic - the Land of Fantasy, which is slowly decaying.

"Endless Story" can be read simply as an exciting fantasy story, whose world consists of night elves and wandering flames, Swamps of Sorrow and the Silver Mountains, Black Centaur and Ivory Tower.

Although intended for younger teenagers, "Endless Story" crosses the boundaries, both in terms of genre and the boundaries between children's books and adult books.

For fans of alternative history, this title is a real refreshment. The plot of the novel is set in the ambience of an America, conceived in a situation in which Japan and Germany emerged from World War II as victors.

For this novel, Philip K. Dick received the Hugo Award, the highest recognition for a literary achievement in the field of science fiction.

Thus, with this work, he drew the attention of literary critics, who for years have ranked him among the most prominent contemporary masters of this genre. 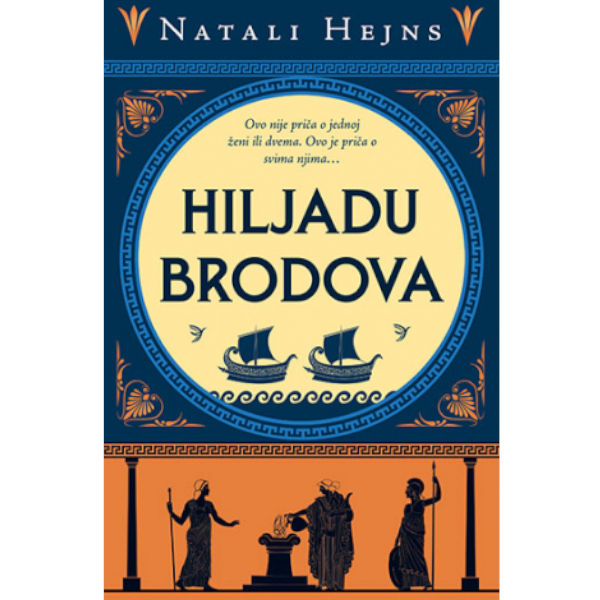 Ten seemingly endless years of Greco-Trojan conflict are now a thing of the past. Troy fell. In just a few hours, the only way of life that Kreusa ever knew would turn to ashes.

Find time for this book as well, because "A Thousand Ships" is a powerful story told entirely from a woman's point of view and gives a voice to women who have been silent for so long. 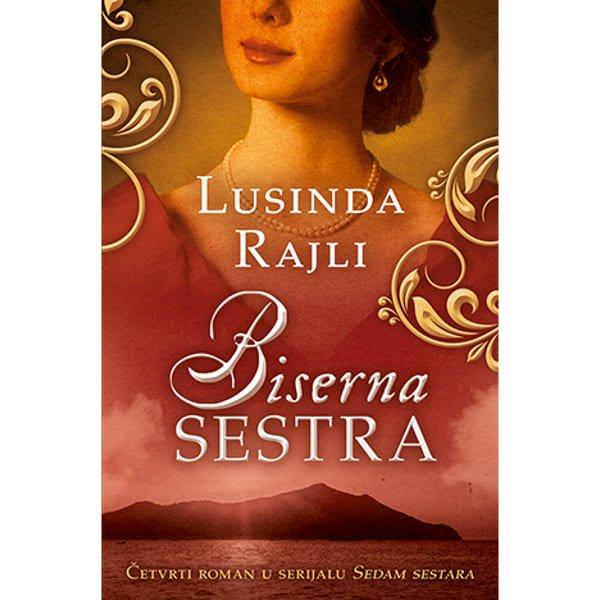 Almost like going on an exotic literary vacation with adventure, magic, and a mysterious tour of hope and dreams. The book where the places of action are is impressive, the descriptions are exceptional, and the story is intertwined like threads in the fabric of time and history.
After the death of her father, KeKe D’Aplijez found herself at a turning point in her life. She left art college and in despair, decides to flee England and discover her past. On the way to Sydney, KeKe goes to the only place where she has always felt good - to the magical beach of Krabi in Thailand.

When KeKe finally arrives in the hot and dusty red plains of central Australia, he begins to search for his past. The energy of those parts and the ancient culture of the Aborigines will once again be a creative impulse in her. With the people she meets on the trip, KeKe begins to believe that this vast, wild continent can provide her with something she considered impossible: a sense of belonging, and a home.

For fans of science fiction and historical thrillers. A book that does not fall out of hand. The year 1889. After a few peaceful months, London trembles with fear again: Trbosek's murders continue, and Scotland Yard fails to find the bloodthirsty perpetrator.

Only one person can offer help - the same one who, ten years earlier, helped the Serbian police find and catch the serial killer Sava Savanović. A man named Milovan Glisic. The famous writer is waiting for a mission in London, the outcome of which depends not only on the fate of the Serbian and British crowns, but also on the fate of the whole world, called the Florentine doublet.

From the first lines, the readers embark on a journey, with Agatha escaping from prison. She meets Mili I, although they are separated by a generation gap of thirty years, during the journey the two of them will share their dreams, which are never too late to come true, and exchange stories about eternal loves.

Five days in a car through the United States while the FBI is on their heels. A race against time during which their lives will change forever.

This novel will give you dreams and loves that never go out and confirms our unconditional need for freedom.

10. Million Worlds With You - Claudia Gray - 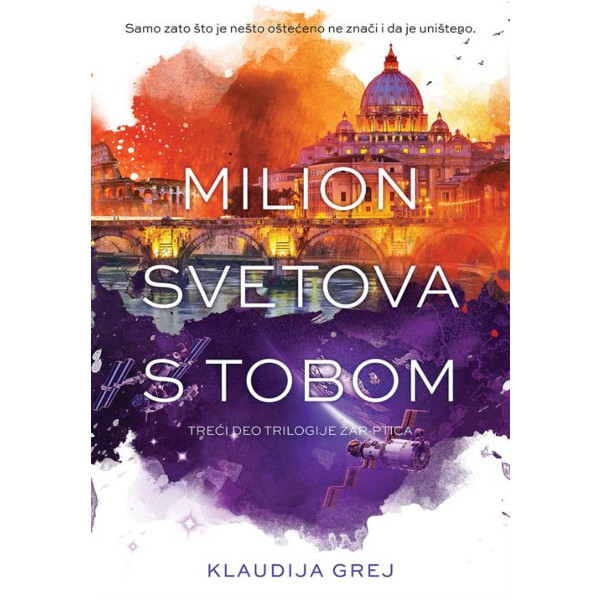 Although the last in a row, by no means the least attractive. Sebianshop presents a unique sci-fi adventure of plot, twist and surprise.

The fate of the multiverse lies in the hands of Marguerite Kane. Marguerite has been at the center of an interdimensional battle since she first went to a new universe with the help of the Firebird, an invention of her parents.

Paul Markov was always with Marguerite, but Triad's last attack completely changed him - he turned him into a gloomy and angry man. It is now up to Marguerite to stop the destruction of the multiverse on her own.
The triad discovered the last and most powerful weapon: Marguerite of another dimension - evil, disturbed and dangerous.

For complete summer relaxation and rest with sand and the sound of the waves, visit the Serbianshop online store and secure for yourself the title that will bring you the freedom and peace that the book can give you. 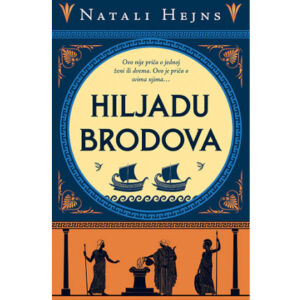 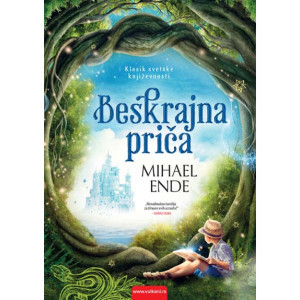