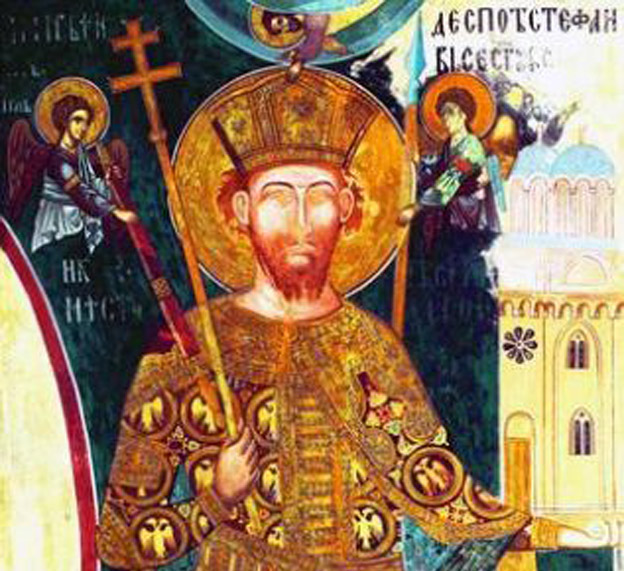 With his appearance, an incredible man, the "First knight" of Europe, a fearless warrior, patron of culture and art, writer, translator...

Also known as Tall Stefan, he is a gigantic figure in Serbian history in general. He is the son of Prince Lazar, who tragically died in the Battle of Kosovo in 1389, and Princess Milica.


Already as a thirteen-year-old, by coincidence, he began his ruling career. And the task is too difficult - Serbia with great material and human sacrifices, in which there is powerlessness and general fear of the Turkish invasion.


The surviving nobles retreated to their territories without wanting to take care of the population.


In such circumstances and with the wholehearted help of his mother, Stefan matured as a person, statesman and warrior. Stefan Lazarević grew into an incredible man by his appearance. He was red-haired, had blue eyes, and was unusually tall. It was rumored that people could not stand his gaze for long.

Why Stefan the Tall?

In many ways special, he is the only Serbian ruler whose earthly remains have been identified by DNA analysis, which further completes the picture of his uniqueness in both death and life.


It has long been thought that the tomb of despot Stefan is in the Koporin monastery. After the DNA analysis that was performed on the relics found in an unnamed grave in the Manasija monastery, his endowment, it was determined that the relics belong to Stefan, a person most closely related to Prince Lazar Hrebeljanovic.


The unearthed remains of despot Stefan speak of his height of about 178 cm, which is an impressive height in an era in which the average height of an adult male was around 165 cm.

The First knight of Europe 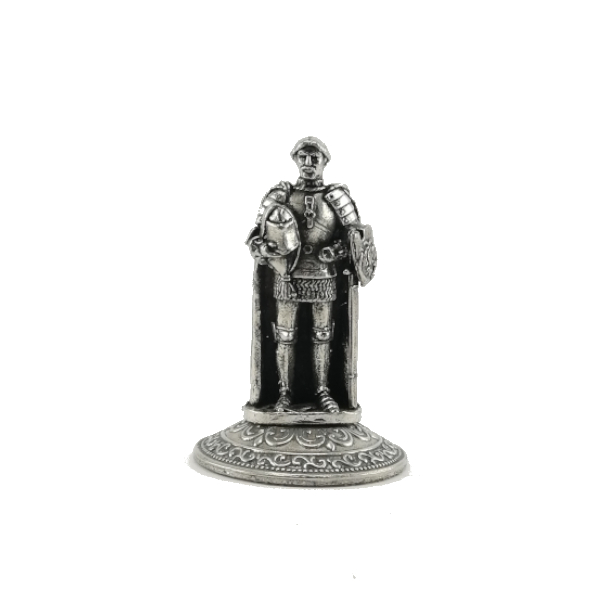 After the Battle of Kosovo, Serbia undertook to send auxiliary detachments to the Ottoman Sultan and pay tribute.


As an Ottoman vassal, Stefan led Serbian detachments in the battles of Rovine, near Nikopolje and Angora.


The Battle of Angora in 1402 was a heavy defeat for the Ottoman forces, but also the place where Stefan's warrior skills shone the most. After her, he received the title of despot.


The writer Aleksandar Tešić, the author of the novel about despot Stefan "The one who taught darkness to shine", says:


"After this battle, the fame of despot Stefan spread far and wide. Everyone admired him like a warrior. Even the Mongols "took off his hat". On the other hand, in the battle of Angora, Sultan Bayezid was captured and soon died, and there was a statement by despot Stefan that it was his happiest day because he freed himself from Bayezid's shackles. "


After the Battle of Angora, the reputation of Stefan Lazarević rose sharply, and legends about his heroism spread throughout Europe.


The story says that young warriors from all over Europe "flocked" to Serbia in order for Stefan Lazarević to declare them knights, and they considered that the greatest honor.


All these events made Despot Stefan steel. He was a member of the Knights of the Dragon, known and recognized throughout Europe. We know from the founding charter of the order that Despot Stefan was the "First Knight", and the members of this order were the leading figures of the Europe.

The exceptional role of despot Stefan in the history of Belgrade

Deeply aware of the delicate position of small Serbia among the great ones, in 1403 Despot Stefan became a vassal of the Hungarian King Sigismund. However, in exchange for that, Serbia got its "white city", Belgrade became an integral part of Serbia and its capital.


Until that time, Belgrade was a ruined, abandoned and "haunted" city. The despot took care of him and ruled in him for about 15 years. There he also built a church dedicated to the Mother of God, the protector of both him and Belgrade. The newly created capital proclaimed the Ascension of the Lord - Savior's Day - as its SLAVA, and that has not changed to this day.


Thanks to his exceptional skill in governing, Despot Stefan broke the resistance of the authorities, and he used the periods of peace to strengthen Serbia in political, economic, cultural and military terms.

Despot Stefan as the patron of culture and art

From various sources, it is possible to conclude that Despot Stefan differed a lot from the dissolute rulers of his time. Most of all, he liked to read and talk to educated people. He liked to write and personally translate from Greek, as well as to go hunting, especially with falcons.


He enjoyed choral singing of spiritual and liturgical compositions, and according to Constantine the Philosopher, he did not care much for secular music, with the exception of marching military music, which he thought was good for raising military morale during war conflicts.

It would be difficult to find a more versatile and educated ruler in Serbian history than despot Stefan. But he also has an exceptional place in the history of Serbian medieval literature.


This ruler of a fervent soul wrote "The Word of Love" (Slovo ljubve), one of the most beautiful and most discreet poetic works in the Serbian language. That anthem of love was created in the time of short-term freedom, when the time of vassalship passed. The "Slovo ljubve " or "Word of love" consists of ten parts (stanzas), whose initial letters give its name to the so-called acrostic. 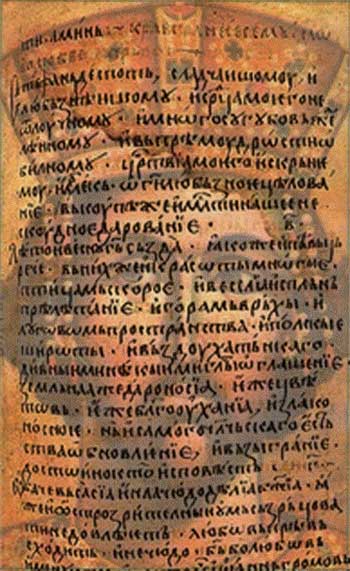 Literary historians have certain doubts in the interpretation of this work. Some of them believe that the despot's "Word of Love" is not a love poem in our sense of the word, but a political treatise intended to be sent not only to his brother Vuk, but also to most of the Serbian authorities, who betrayed and forced him to divide the despotate into two parts in 1409 with Turkish help.


However, this work has an honorable place in Serbian literature.

Despot Stefan as a Serbian educator

The great enlightening role of despot Stefan is best reflected in the founding of the monastic transcription school in his endowment Manasija, which at that time was unique in the Balkans and culturally important not only for Serbia but for all other Slavic peoples in Europe.

In that school, not only various significant modern Byzantine church and secular works were translated from Greek, but also corrections of many previously translated such books were made, through which mistakes made either due to insufficient knowledge of the Greek language or due to disorder of old Serbian orthography were corrected.


He ordered his biographer Constantine the philosopher to create a grammar of the Serbian language better known as "Skazanije o pismenih" (A Tale of Letters).

When the disease reached him, the Despot once again proved his rare ruling responsibility and wisdom. Aware that a schism would arise after his death, he handed over the title to his former enemy, his nephew Djuradj Brankovic, with whom he reconciled towards the end of his life through Djuradj's mother, and his sister, Mara.


Such an example of a ruling free from all vanity and selfless commitment to the interests of one's country is quite rare. That is why despot Stefan Lazarević is one of the most respected Serbian rulers.


There is an initiative to erect a monument to despot Stefan Lazarevic, which will be located on the corner of Despot Srefan Boulevard and Palmoticeva Street. Thus, we will be indebted to the first mayor of Belgrade, who appointed our capital as the capital of the despotate.


The despot was a fantastic man, an exceptional ruler, who introduced very strict laws, reform and monetary reform, raised the Serbian army to the highest level and was a good diplomat. As we can see, his portrait in Manasija was not even touched, because the Turks respected him as well.

In our shop you can find many products about Despot Stefan. We reccomend you Biography  by Luka Miceta and the FIGURE from collection of Serbian historical figures 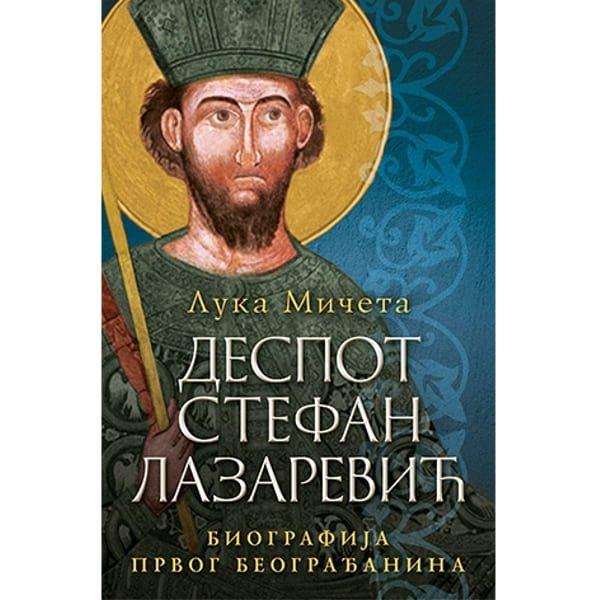 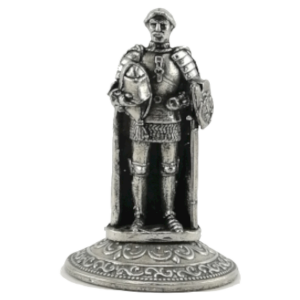 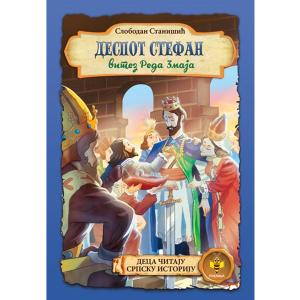 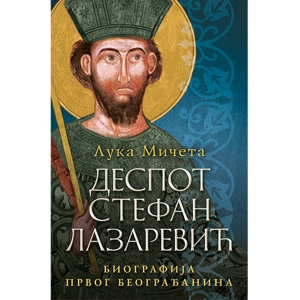