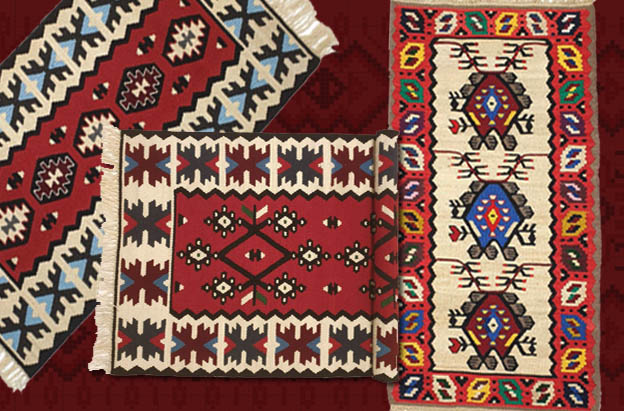 Traditional Serbian carpets are a valuable family heritage. They enrich and decorate every space, giving it warmth and a unique element of the rich Serbian tradition.

Once an integral part of the Serbian house and living rooms, today it is a memory of history and the hours involved in them. 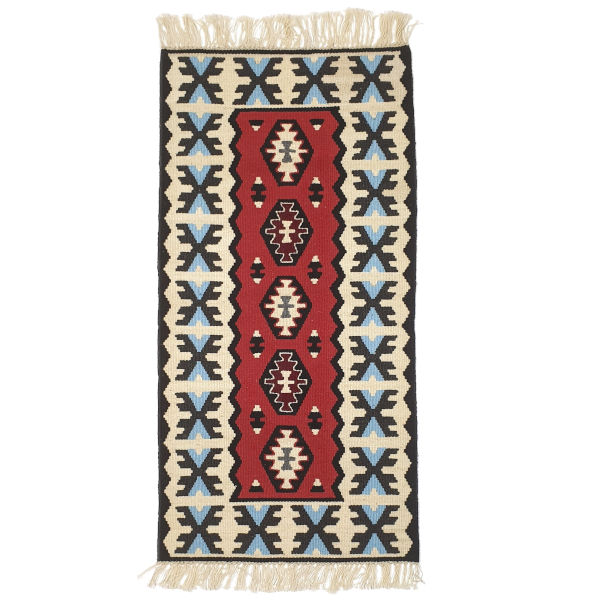 
A colorful rug on the floor or hung on the wall of a guest room, which can still be seen in a few rural households, especially in eastern Serbia, has a special name - kilim.

Coming with Islam, as an integral part of its religious basis, the carpet still represents a real activity and a memory of the time of the Turkish rule in this area.

What is a kilim?


Carpet is a term derived from the Turkish word "kilim" or "kelim" which means rug or blanket. It is recognizably made of wool in a way that paints different ornaments, although today it is made in a combination of wool and synthetic fibers. Due to the specific way of weaving, the carpet is "painted" on both sides.


How did carpet weaving develop in Serbia?

In Serbia, the period of carpet weaving was from the 19th to the middle of the 20th century, when special carpet centers developed, which, according to their geographical position, made various ornaments on carpets. 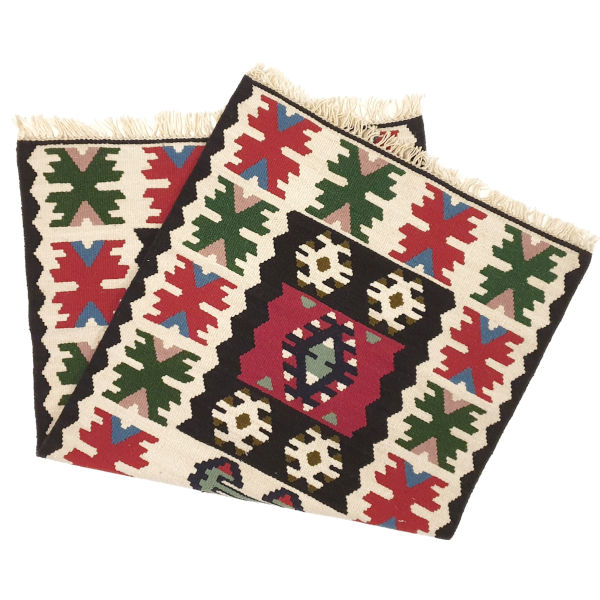 In 1902, the Kilim Cooperative was founded in Pirot, for which Queen Draga Masin herself procured materials, gave loans and secured placement. It had up to 1300 members and in a short time brought Pirot kilim weaving to the pedestal. That is the time when the Pirot carpet was a status symbol, at the court of Obrenovic and later Karadjordjevic.

How are the kilims woven?


The kilim is an aesthetic part of the household. What carpets and floor asuras are today, it used to be a kilim. It was also a symbol of prestige, so in the rich houses of the lords, the floor decoration was a kilim rich in special colors and ornaments.


Visually, the kilim itself is divided into a central field and a border that frames it. The narrower, inner border is called the "ćenar". 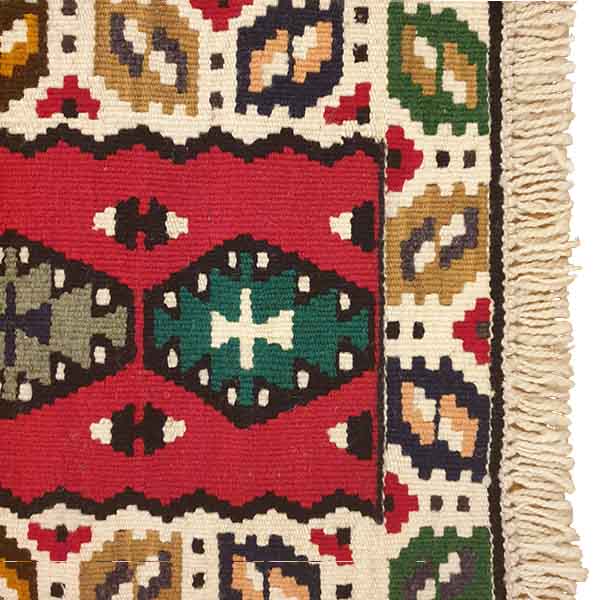 Each of the listed compositional units has specific ornaments. The technique of making carpets differs from carpets in that the carpet is a flat weave, which is performed on the principle of warp and weft, while the kilim is made by knotting technology. It is interesting that kilims were made in prehistoric Egypt on the principle of vertical loom.


In some parts of Serbia, it is still woven like that today.

Each rug is unique and unrepeatable.


The weaving technique is simple in itself, but the weaving itself is very difficult and time-consuming and involves several independent crafts for which the spinners are in charge.


This is followed by dyeing wool, which is an extremely expensive process because it is done with natural dyes and the so-called "dyers" do it.


Then, a loom is mounted, which, when necessary, was made for a specific purpose. When the loom was set up, the warp yarns were stretched on it, and after a well-done preparation, it moved with the weaving.


The choice of carpet ornaments defines the geographical origin.


All carpets in our offer are handmade and that is why small deviations in dimensions and colors are common, which will make each carpet unique.


The carpet keeps the secrets of myths and beliefs


As the weaving process itself is extremely long, the weavers enriched their work with stories and beliefs, which gave even more value to this handicraft. In this way, they built a specific language of ornaments, which over time grew into a canon.


The look of the rugs was arranged to build a unique story.


It is not uncommon to come across a rug with the motif "mother-in-law's tongue" depicting a blossoming cactus, which a witty girl brought as a dowry and gave to her mother-in-law. There are also "tray", "rose", "tishlajfer", etc. 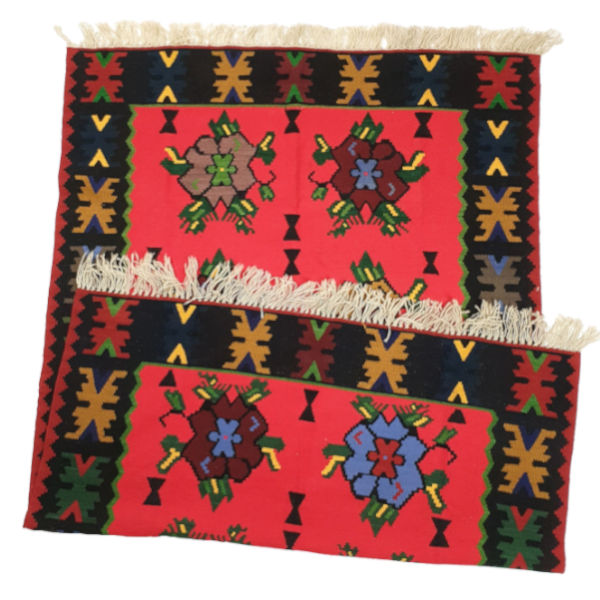 The kilim is often said to offer a different kind of history. In some cultures, it is a "sacred" space of home, arranged according to the principles of "four holy mountains, four great seas, four corners of the world, four seasons". It is often said that the carpet is "an intimate space of the temple for Muslims, and a mirror of heaven for everyone else."


Finally, a short course of interpretation: Each motif on the carpet has its own meaning. Thus, the "devil's knee" is a solar symbol resembling a swastika, the "tree of life" - an ancient symbol of divine nature represented by lush fruits, displayed on the wall with the root "towards the sky", the motif "karakachka" is an ancient symbol of the mother goddess, a symbol of fertility and represents the figure of a woman with her hands on her hips.

In our webshop, you can find many kilims in different sizes and colors, with unique ornaments and styles. Visit serbianshop.com and find a perfect kilim that will decorate your home. 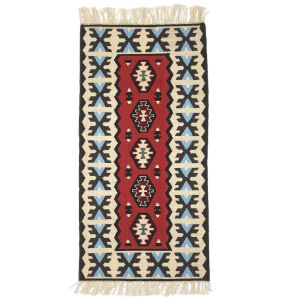 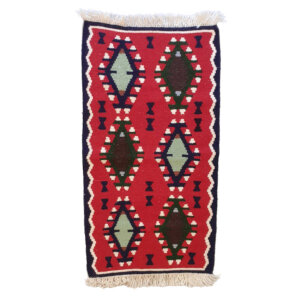 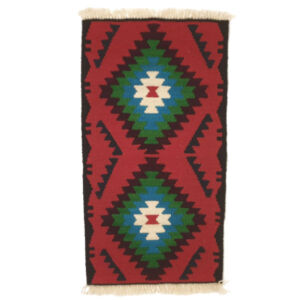 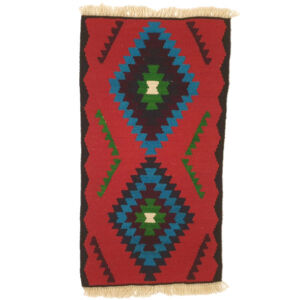 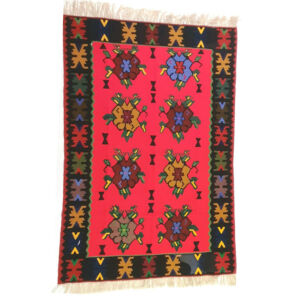 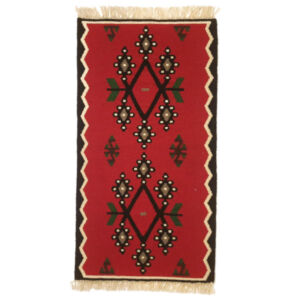 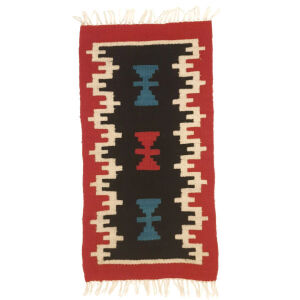