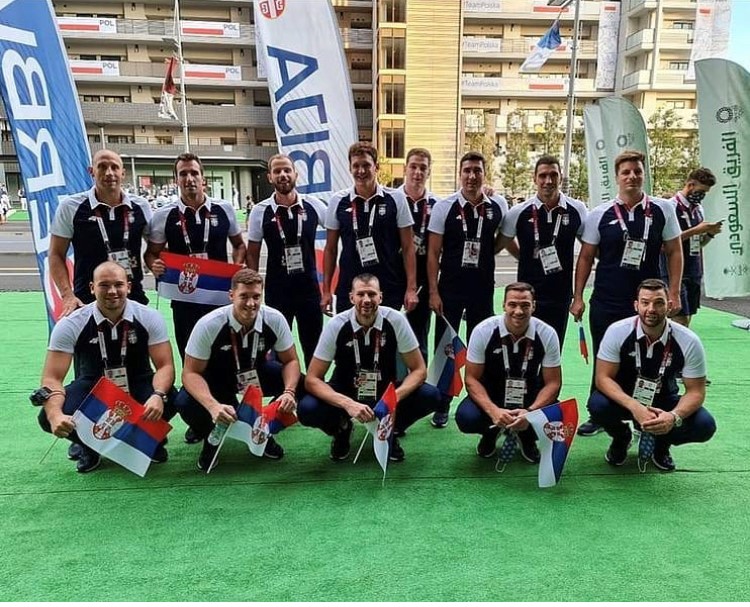 The water polo national team of Serbia is the most trophy-winning team in our country in terms of collective sports.

The water polo national team of Serbia is the most trophy-winning team in our country in terms of collective sports.
Regardless of the name of the country under whose flag they performed, there was almost no competition in which this national team did not bring medals.


A brief history of victory

And this time, in the "defense" of gold


As the water polo waters led the Serbian "dolphins" to Tokyo, even these Olympic Games will not pass without our "dolphins". After "obtaining a visa" for Tokyo with a 10: 8 victory over Italy, Serbian firefighters will once again swim in the Olympic pools.
Although there is a big generational difference between the players in this team, which has not been a problem for our national team so far, we hope that it will be the same this time as well.
The youngest member of the national team is 1999, and the oldest is 1983. Our water polo player Duško Pijetlović (1985) will play the last game in the national team jersey at these Olympic Games.

As the Olympic Games start on July 23 and last until August 8, Serbianshop presents you a part of the props that adorn the Serbian national team.
In front of you is a wide range of props and sports equipment in colors that are inspired by the Serbian flag, and the prominent features of Serbia. 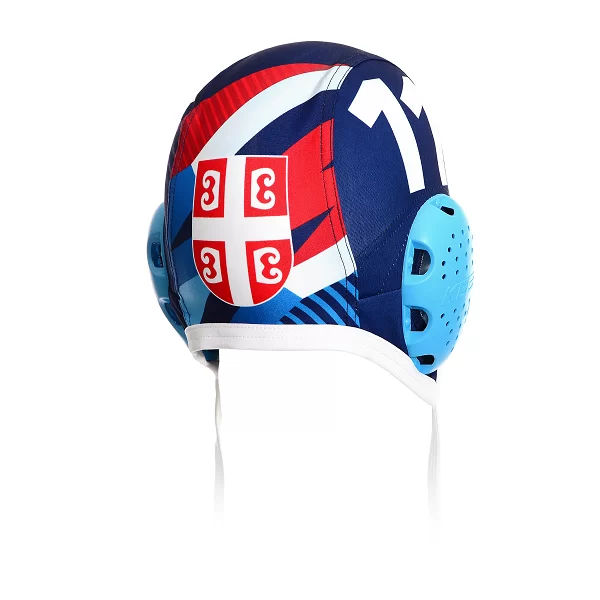 The official KEEL cap of the water polo national team of Serbia since 2020, and our water polo players wore such caps during the European Championship in Budapest. In Serbianshop you can find caps in navy blue, just like the ones that adorned our national team.

BACKPACK OF THE WATER POLO NATIONAL TEAM OF SERBIA 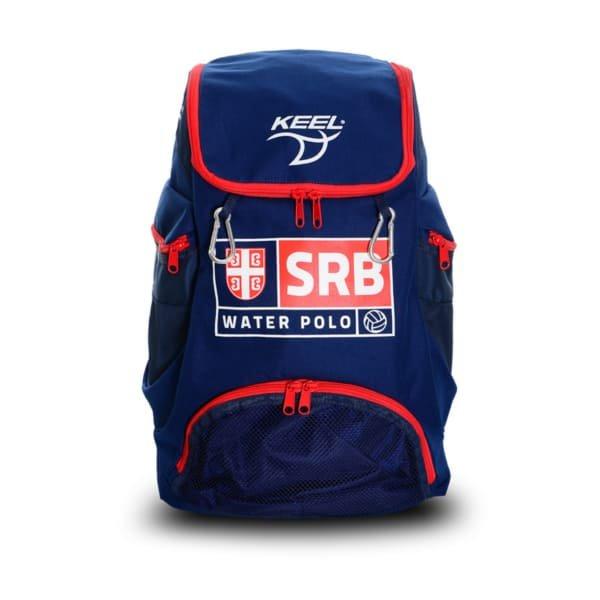 
In front of you is the official Keel navy T-shirt of the Serbian water polo team, which Serbian water polo players have been wearing since January 2021. The T-shirt has a coat of arms with 4C on the chest and a large inscription "Serbia water polo" on the back. This cotton T-shirt is definitely a part of "must have" sports equipment. 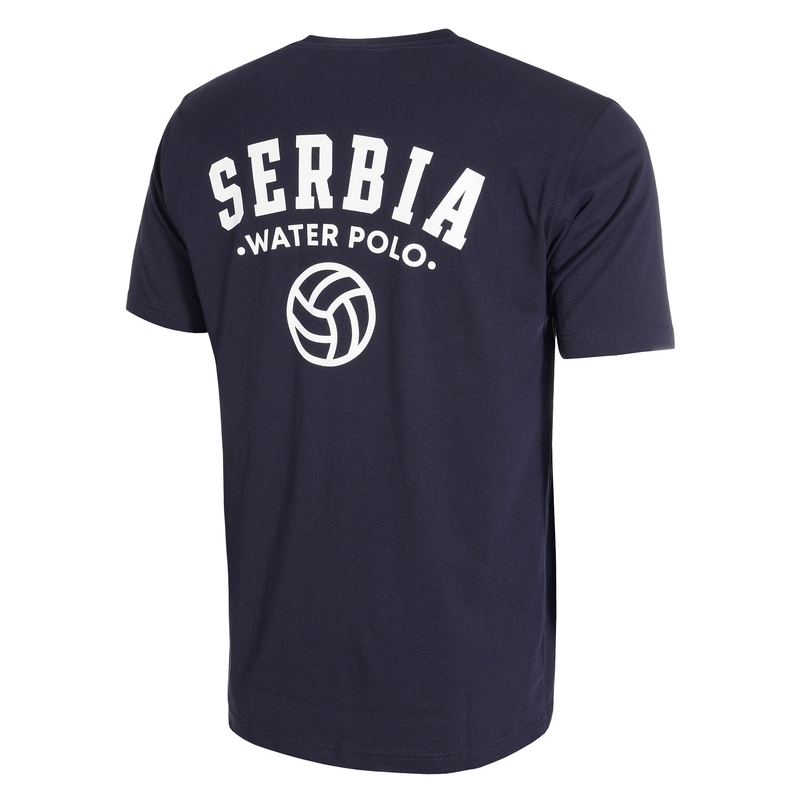 
We also think of the youngest. In our offer, you can also find the official navy blue children's T-shirt of the Serbian water polo team, which Serbian water polo players have been wearing since the summer of 2020.
The T-shirt has a coat of arms on the chest and a large inscription on the back. The material is 100% cotton and the sizes offered are 10.12, 14. 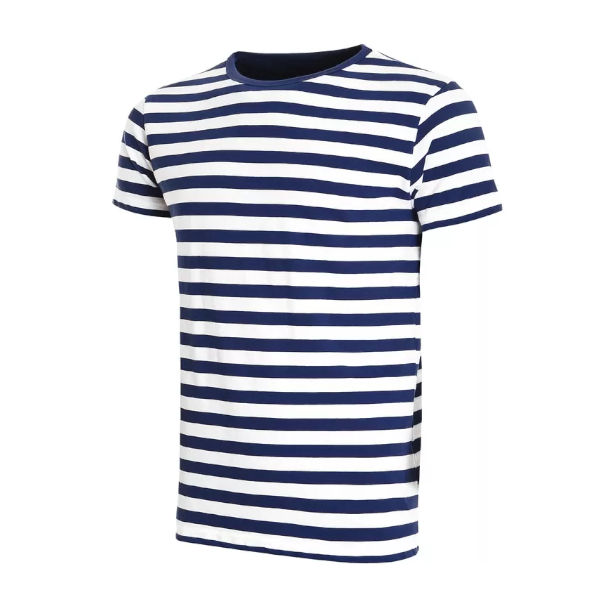 Another sports equipment is the unavoidable official anti-UV T-shirt of the Serbian water polo team, from the World Cup in South Korea. The T-shirt is made of recycled polyester, manufactured by Carvico. The sizes of this type of T-shirt are two numbers smaller than standard T-shirts. Visit Serbianshop and get acquainted with the design of this t-shirt. 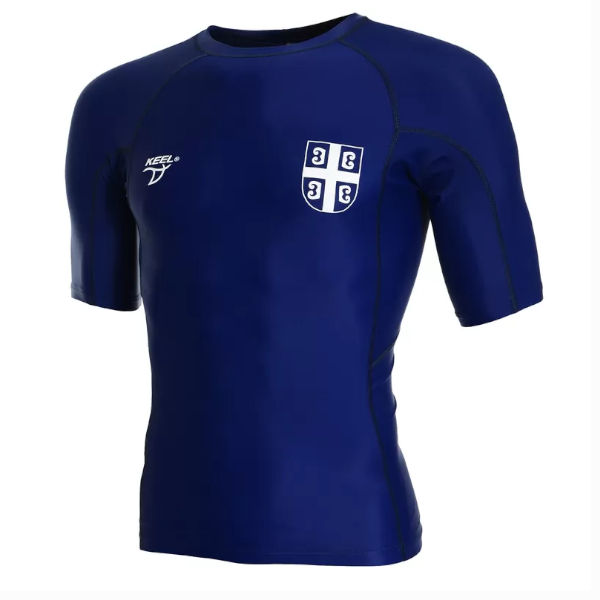 
Serbianshop presents the cotton shorts of the Water Polo national team of Serbia in gray, which Serbian water polo players have been wearing since the summer of 2019.
Ideal for everyday sports activities. An integral part of the sports equipment of the Serbian water polo team, but also of every men's wardrobe. 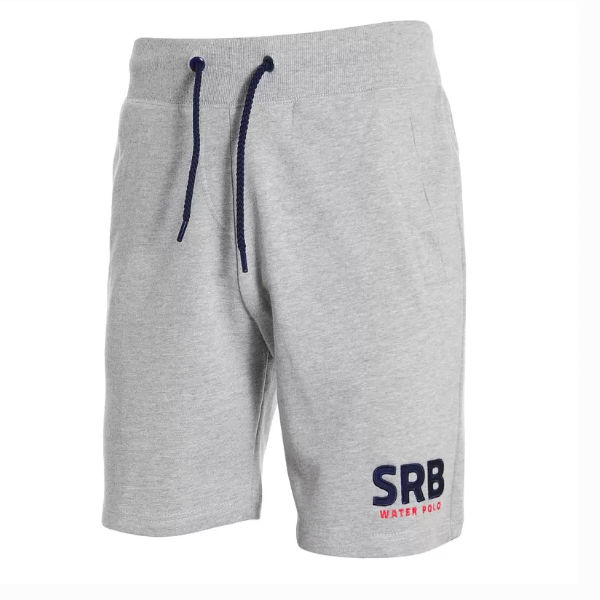 And to summarize:
Our "blue defines" will swim in the Olympic pools in Tokyo from July 23, and it is up to us to be with our national team with all our hearts this time as well, and to support them in defending the gold from Rio 2016.
For a complete feeling of Olympic euphoria, visit Serbianshop and provide yourself with at least a part of the sports atmosphere created by Serbian water polo players. 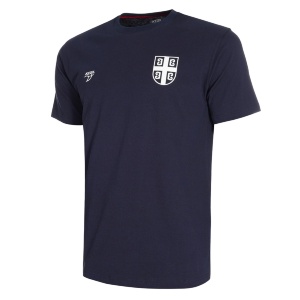