The sculptures are 11 cm high.

Triglav is a god with distinguished features of a warrior, protector of the Earth, Heavens and Hades. His strength comes from the three deities he consists of – Svarog, Perun and Svetovid. According to some, his three heads represent the three summer months. His attributes are a sword, a spear, a saddle, a horn and a barrel. It was believed that his spear has magical powers and that it brings safety and victory to the tribe.


At the temples dedicated to Triglav, his statues were clothed with garments that the priest would sometimes put on. A huge sword dominated statues of Triglav, symbolizing his great strength. During the holy days, Triglav's ceremonial horse, tall fiery black horse was used for divination and prophecy. Four priests were taking care of him – nobody was allowed to ride this horse, and next to him there was a saddle with silver and gold rivets. During the ritual divination, the priest would walk the horse over nine spears marked in white and black colour. If the horse would touch a black spear with his hoof, it was a bad sign and the people would abandon the intended plan. During the ceremonies of divination before going to the war the priest would walk curbed and saddled horse three times over the nine spears, and if he didn't touch a single one, they would march to war.


During Christianization Triglav’s three heads were explained as the Trinity and by doing so, in some parts, they put him on a throne of supreme deity. 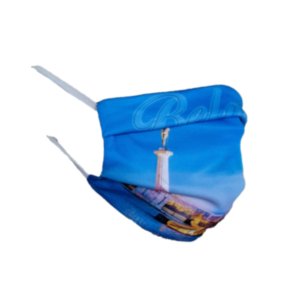 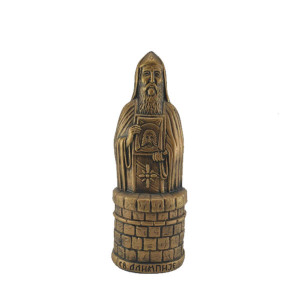 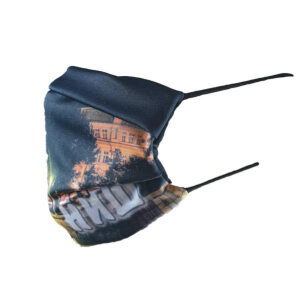 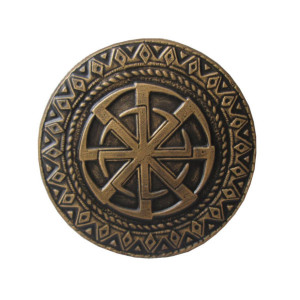 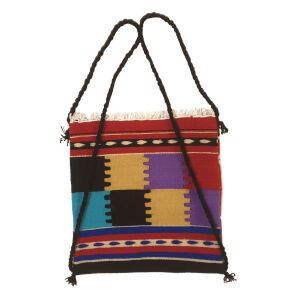 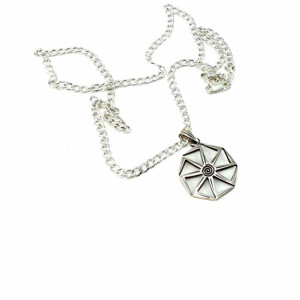 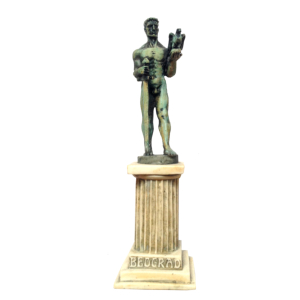 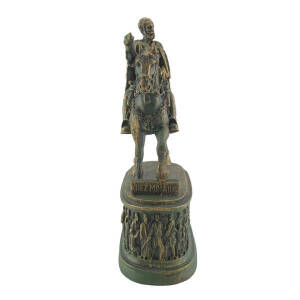 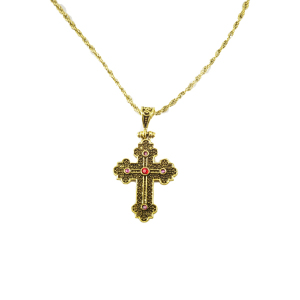 Bronze Chain With Cross With Zircons 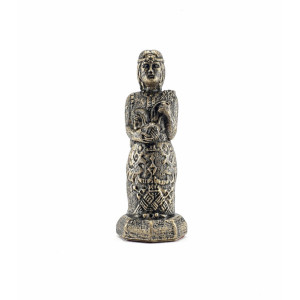