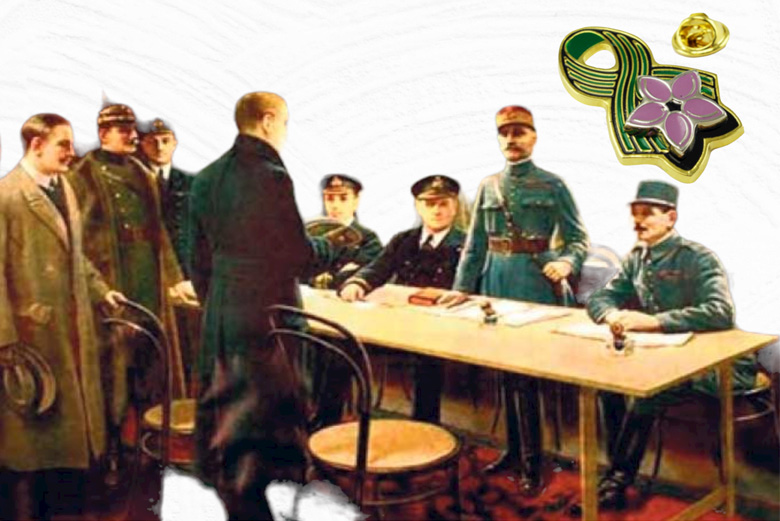 Following the example of the Russian St. George's ribbon and the British bun Ramonda, the Serbian bears the symbolism of victory.

The flower itself was discovered in 1874, first on Rtanj and then near Nis on the slopes of Suva planina, by Josif Pančić, who, together with the court doctor of King Milan Obrenović - Sava Petrović, named this flower.

As only a little water is enough for the completely dried plant to regenerate and come to life, it is not surprising that the name "Balkan Phoenix" and a strong symbolism to the Serbs on November 11, 1918 - the Day of Reconciliation in the First World War.

Although this day has been a part of the collective memory of the Armistice Day in Serbia for only a few years, November 11, 1918 is the day when we note that the armistice came into force and the opposing armies on the Western Front began to withdraw from their positions.


The holiday is dedicated to the signing of the armistice in the First World War, when on November 11, 1918, the generals of the two warring parties in the French city of Compiègne signed an armistice in a railway car. 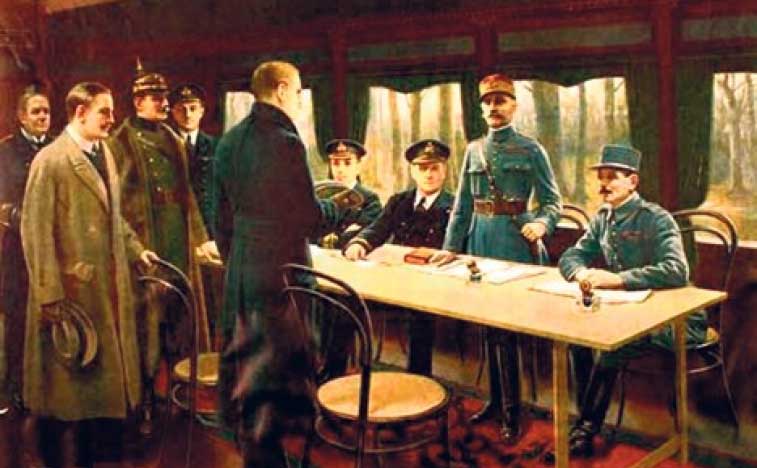 This resulted in a ceasefire, the withdrawal of German troops, the exchange of prisoners, as well as an agreement on war reparations and the destruction of German warships and submarines.

Although historical records say that Serbia signed the last armistice on November 13, 1918, it still joins the collective memory of the armistice in the Great War on November 11.

The symbolism of Ramonda is multiple, both because of the habitat and because of the name. The plant was first spotted on Rtanj (Ramonda serbica), and then in the vicinity of Nis (Ramonda Nathalie).


Our people also call them cookies, and they irresistibly resemble violets. They are strong and durable, they survived the ice age and have survived to this day. 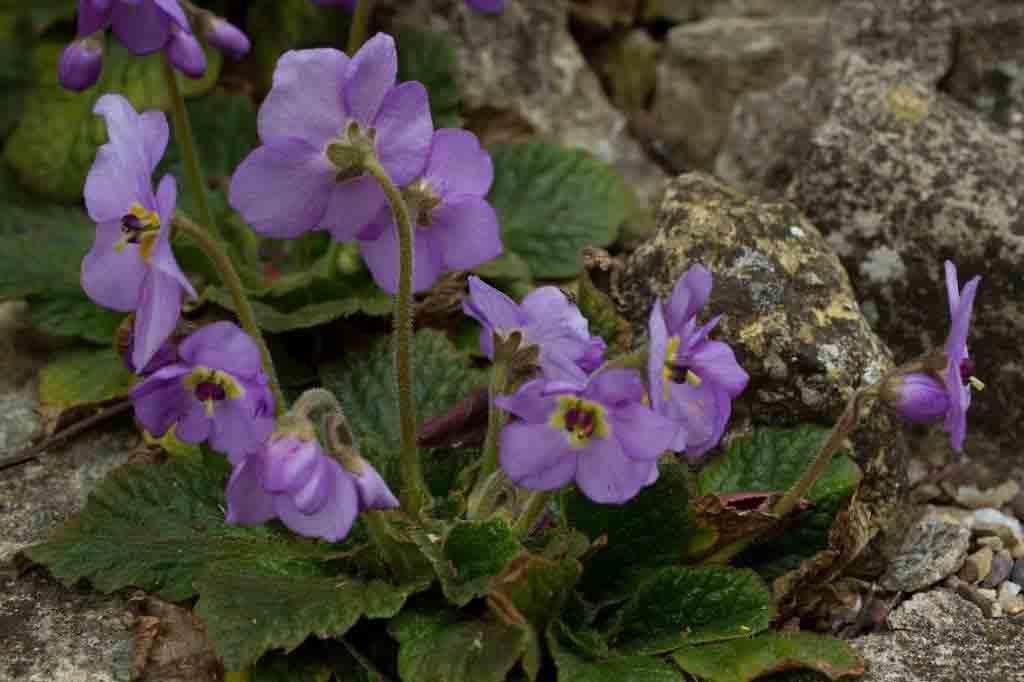 They are growing in eastern Serbia and on Kajmakcalan in Greece, whose highest peak is Saint Elijah, and on which the Serbian army, under the command of Duke Zivojin Misic, fought fierce battles before the breakthrough of the Thessaloniki front in the Great War. Therefore, the life of this unusual flower has an exceptional symbolism in connection with the Great War and the Serbian army in it - an army that was literally resurrected and, although tormented, showed its power and courage in the Great War.


The symbolism lies in the fact that this is a "phoenix" plant, which has turned from a completely dry withered plant, with a little water it turns into a magnificent flowering plant. As the Serbian army partly survived Golgotha ​​and disproportionate suffering in relation to the number, and emerged victorious from the war, the symbol of Ramonde somehow imposed itself.

How did Ramonda serbica (Nathalie) get its name?

At the end of the 19th century, Josif Pancic found a plant on Rtanj that was unknown to him. As he knew that she was from the Ramonda family, and he found her in Rtanj, Serbia, and he did not know if she had it anywhere else, he called her Ramonda Serbica. 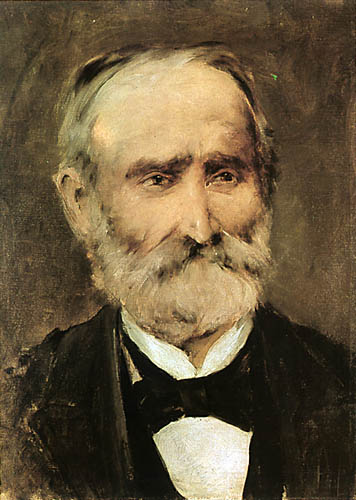 A few years later, Dr. Sava Petrović, a court doctor, noticed another type of this plant on Suva planina, a plant that he thought was a Serbian ramonda. After he showed the flower to Josif Pancic, it turned out that it was a completely new species, which was named Ramonda Nathaliae after Queen Natalija Obrenović.


Josif Pancic introduces these names into the literature, so the two of them can be called the "godfathers" of this plant, which is a symbol of the heroism of the Serbian army.

Are Ramonda Nathalie and Serbian Ramonda the same?

They almost are. With small differences that are known to biologists, two species of the genus Ramonda live in the area of our country - Ramonda serbica (Serbian Ramonda) and Ramonda nathaliae (Natalija's Ramonda).


When the conditions are dry in the habitat, they slowly lose water and fall into a state of dormancy. When it rains again or the weather is wet, they take water and turn green again.


Today, it is a rare and endangered species, and in Serbia it is strictly protected.

Why is Ramonda Serbian as a symbol of the Day of Reconciliation?


Serbian ramonda is also present in Albania, Montenegro, western Macedonia, northwestern Greece and northwestern Bulgaria. In Serbia, it is found in southwestern and southeastern Serbia, in Kosovo and Metohija, and in the north it reaches the Zlotska gorge near Bor. Precisely because of this location, where the fighting took place during the breakthrough of the Thessaloniki front, as a symbol of November 11 - the Day of Reconciliation in the Great War, Ramonda Serbica was taken as a symbol of the collapse of the Serbian state and army. 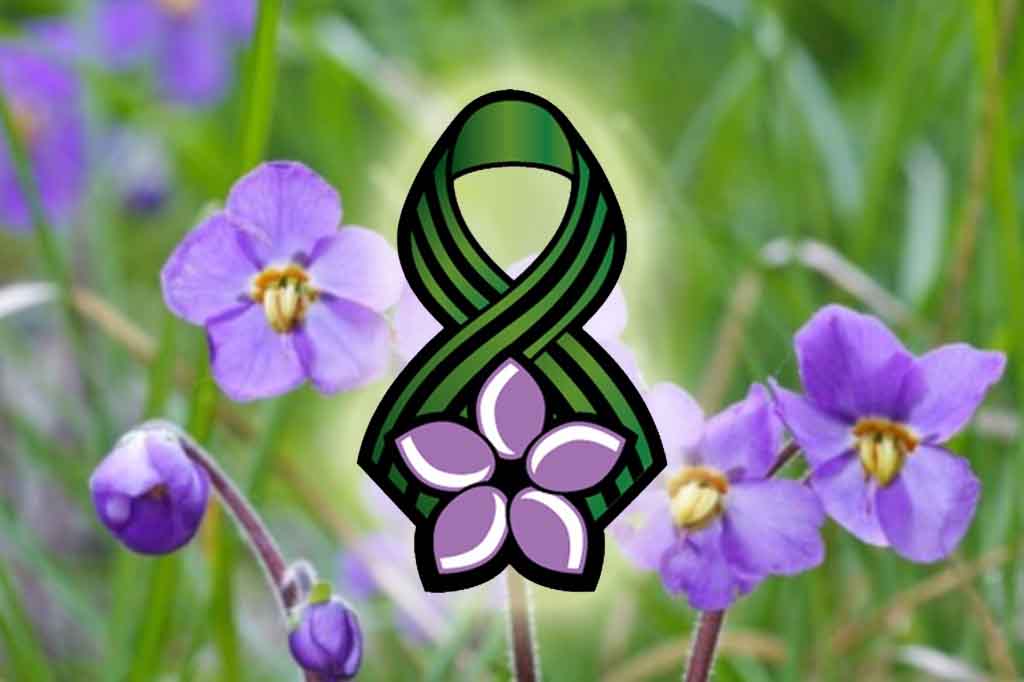 The emblem for the holiday is the flower of Nathalia Ramonda on a black-green ribbon, which symbolizes a ribbon of the same colors from the order on the ribbon in the colors of the Albanian monument.

Although there were many states participating in the war, no other state had such a fate: although defeated - it did not capitulate. With this in mind, it is clear why this very resurrecting flower speaks of the Serbian people returning to life after their apparent death.