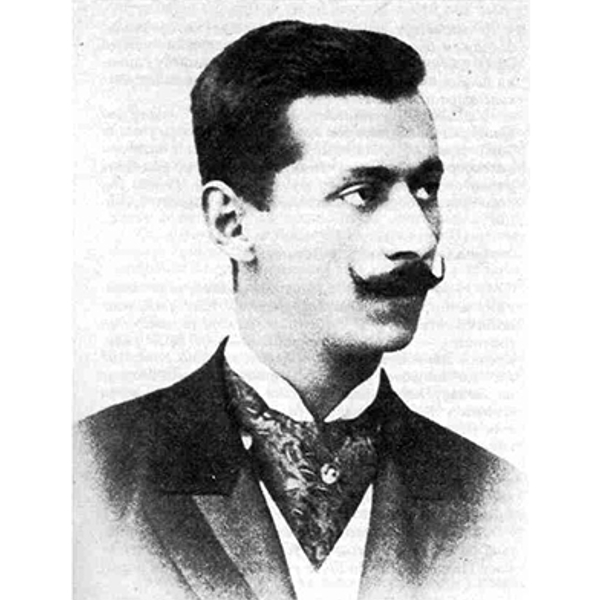 Jovan Dučić was born on 17 February 1871 in Trebinje, at the time part of Bosnia Vilayet within the Ottoman Empire.

In Trebinje he attended primary school. He moved on to a high school in Mostar and trained to become a teacher in Sombor. He worked as a teacher in several towns before returning to Mostar, where he founded (with writer Svetozar Ćorović and poet Aleksa Šantić) a literary magazine called Zora (Dawn).

Dučić's openly expressed Serbian patriotism caused difficulties with the authorities—at that time Bosnia-Herzegovina was de facto incorporated into the Austro-Hungarian Empire—and he moved abroad to pursue higher studies, mostly in Geneva and Paris. He was awarded a law degree by the University of Geneva and, following his return from abroad, entered Serbian diplomatic service in 1907. Although he had previously expressed opposition to the idea of creating Yugoslavia, he became the new country's first ambassador to Romania (in 1937). He had a distinguished diplomatic career in this capacity, serving in Istanbul, Sofia, Rome, Athens, Cairo, Madrid and Lisbon. Dučić spoke several foreign languages and he is remembered as a distinguished diplomat. His Acta Diplomatica (Diplomatic Letters) was published posthumously in the United States (in 1952) and in the former-Yugoslavia (in 1991).

It was, however, as a poet that Dučić gained his greatest distinctions. He published his first book of poetry in Mostar in 1901 and his second in Belgrade, 1912. He wrote prose as well: several essays and studies about writers, Blago cara Radovana (Tsar Radovan's treasure) and poetry letters from Switzerland, Greece, Spain and other countries.

Like Šantić, Dučić's work was initially heavily influenced by that of Vojislav Ilić, the leading Serbian poet of the late 19th century. His travels abroad helped him to develop his own individual style, in which the Symbolist movement was perhaps the greatest single influence. In his poetry he explored quite new territory that was previously unknown in Serbian poetry. He restricted himself to only two verse styles, the symmetrical dodecasyllable (the Alexandrine) and hendecasyllable—both French in origin—in order to focus on the symbolic meaning of his work. He expressed a double fear, of vulgarity of thought, and vulgarity of expression. He saw the poet as an "office worker and educated craftsman in the hard work of rhyme and rhythm".

Dučić went into exile in the United States in 1941 following the German invasion and occupation of Yugoslavia, where he joined his relative Mihajlo (Michael) in Gary, Indiana. From then until his death two years later, he led a Chicago-based organization, the Serbian National Defense Council (founded by Mihailo Pupin in 1914) which represented the Serbian diaspora in the US. During these two years, he wrote many poems, historical books and newspaper articles espousing Serbian nationalist causes and protesting the mass murder of Serbs by the pro-Nazi Ustaše regime of Croatia.

He died on 7 April 1943, his funeral took place at St. Sava Serbian Orthodox Church in Gary, Indiana and he was buried in the Serbian Orthodox monastery cemetery of Saint Sava in Libertyville, Illinois. He expressed a wish in his will to be buried in his home town of Trebinje, a goal which was finally realized when he was reburied there on 22 October 2000 in the newly built Gračanica church. 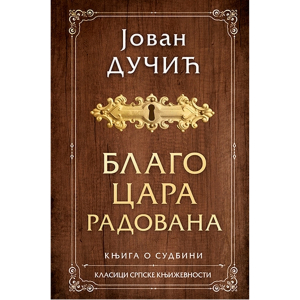